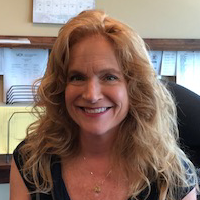 Christy Sullivan has worked for the Virginia Education Association since 1990. She transferred to LEA after 18 years with the Prince William Education Association. Christy holds degrees from James Madison University. She taught instrumental and vocal music in the Augusta County Public School system for seven years prior to becoming a UniServ Director for the Arizona Education Association. She returned to the VEA in 1990, assigned to the Fairfax EA office. Christy is a trainer for the NEA Bargaining Behavior cadre and is certified as a True Colors International facilitator.